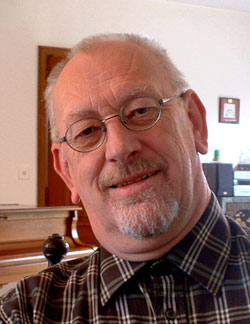 Dr. Lesthaeghe has been lecturer and then professor of Demography and Social Science Methodology at the Free University of Brussels (VUB) from 1971 to 2005. Dr. Lesthaeghe has been awarded visiting professorships at the Institut des Sciences Politiques de Paris, the Université Catholique de Louvain, the University of Antwerp, and at Harvard University. He is a member of both the Belgian and the Dutch Academies of Science. In 2003 he received the Irene Taueber Award of the Population Association of America (PAA) and the Office of Population Research of Princeton University. He was ranked 10th among the most influential demographers in the period 1950-2000 by 637 colleagues responding in CICRED demographers survey. Dr. Lesthaeghe was the recipient in 2005 of the quinquenial Ernest-John Solvay Prize of the FWO, the highest Belgian National Science Foundation award in the social sciences and humanities. He is currently Visiting Professor at the Departments of Sociology/ Population Studies Centers of the Universities of Michigan (Ann Arbor) and of California (Irvine), and has been Emeritus at the VUB since 2005.

Most of Dr. Lesthaeghe’s research has been in the various sub-fields of demography: historical, social and economic, and mainly covering populations of Europe and of sub-Saharan Africa. He has also done research in the fields of cultural change in Europe and of ethnic minorities studies. His published work includes books on “The decline of Belgian Fertility” (1977, Princeton Univ. Press), “Child-spacing in Tropical Africa”(1981, Academic Press), “Production and Reproduction in Sub-Sahara Africa”(1989, University of California Press), “Communities and Generations – Turkish and Moroccan Populations in Belgium” (2000,VUB-Press). He edited “Meaning and Choice: Values Orientations and Life Course Decisions” which brings together the results of longitudinal surveys conducted in the US and Western Europe (2002, Netherlands Interdisciplinary Demographic Institute, The Hague). He is also editor and co-author of a number of books in Dutch such as: “Demografische Alternatieven voor België” (De Sikkel, 1979), “Diversiteit in Sociale Verandering – Turkse en Marokkaanse Vrouwen in België”, (1997, VUB-Press), and “Eerst Optellen, dan Delen – Demografie, Economie en Sociale Zekerheid” (Garant, 1998).